I joined the ratatouille team in 2003 after ramping off of the short Boundin'. Under the character supervision of Sonoko Konishi and with a team of modellers we produced two separate lineups, one Human, the other the Rats. In order to have a more efficient pipeline, it was decided that each species would have a standardized topology. Topology refers to the wireframe mesh that you see on some of the renderings below. From 2 base meshes we could morph from one character to the next and save a lot of time in the Rigging phase of production.

Some of the designs you see below were ultimately dropped from the production. As the story evolved in rewrites, we would see characters dropped from the story after the models had been created. Initially Remy's mother, a night club singer was to be featured in the film. She's the character in the 7th rendering below. 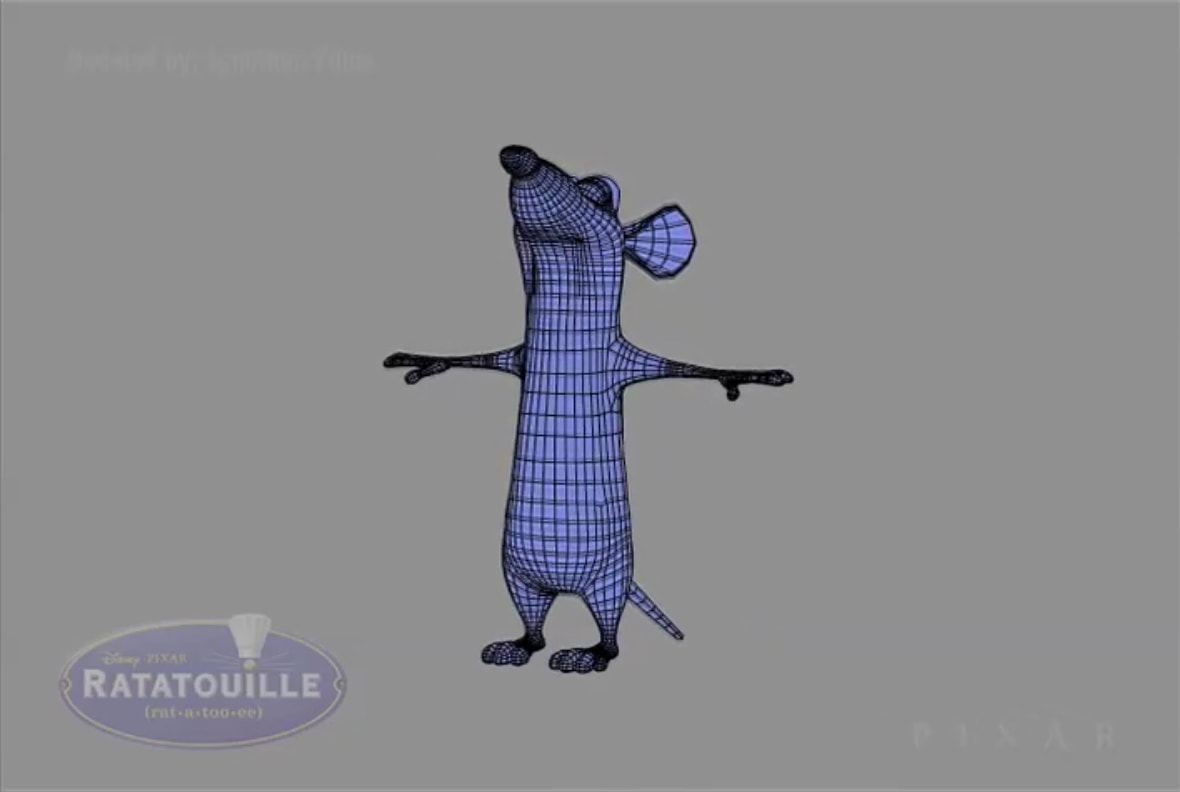 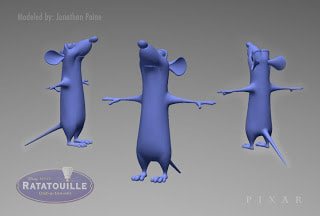 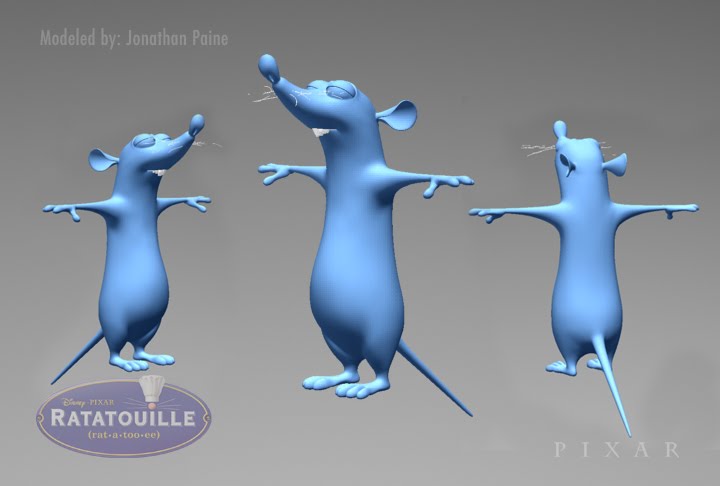 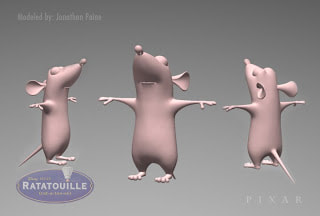 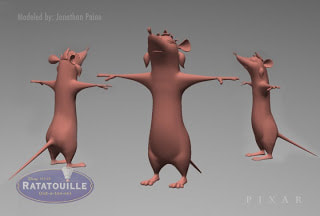 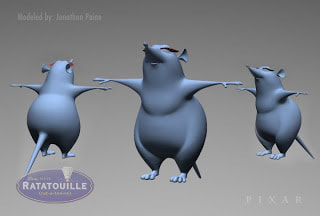 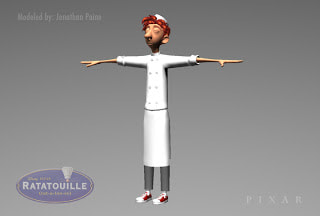 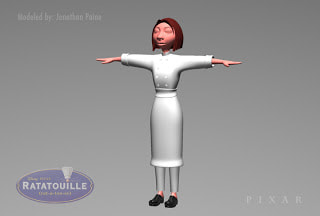 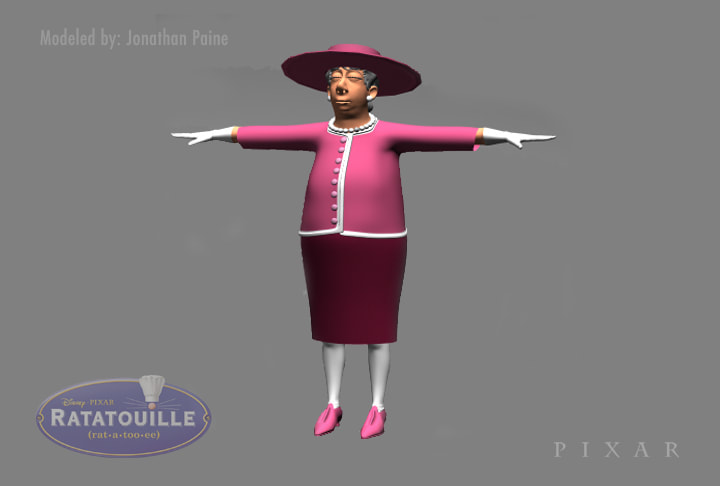 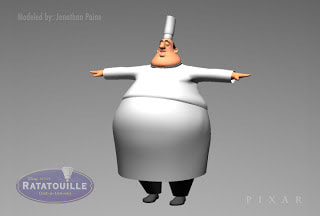 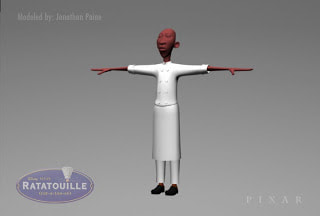 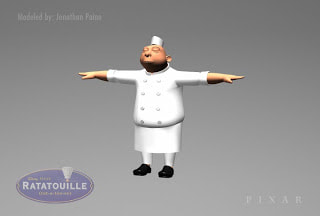